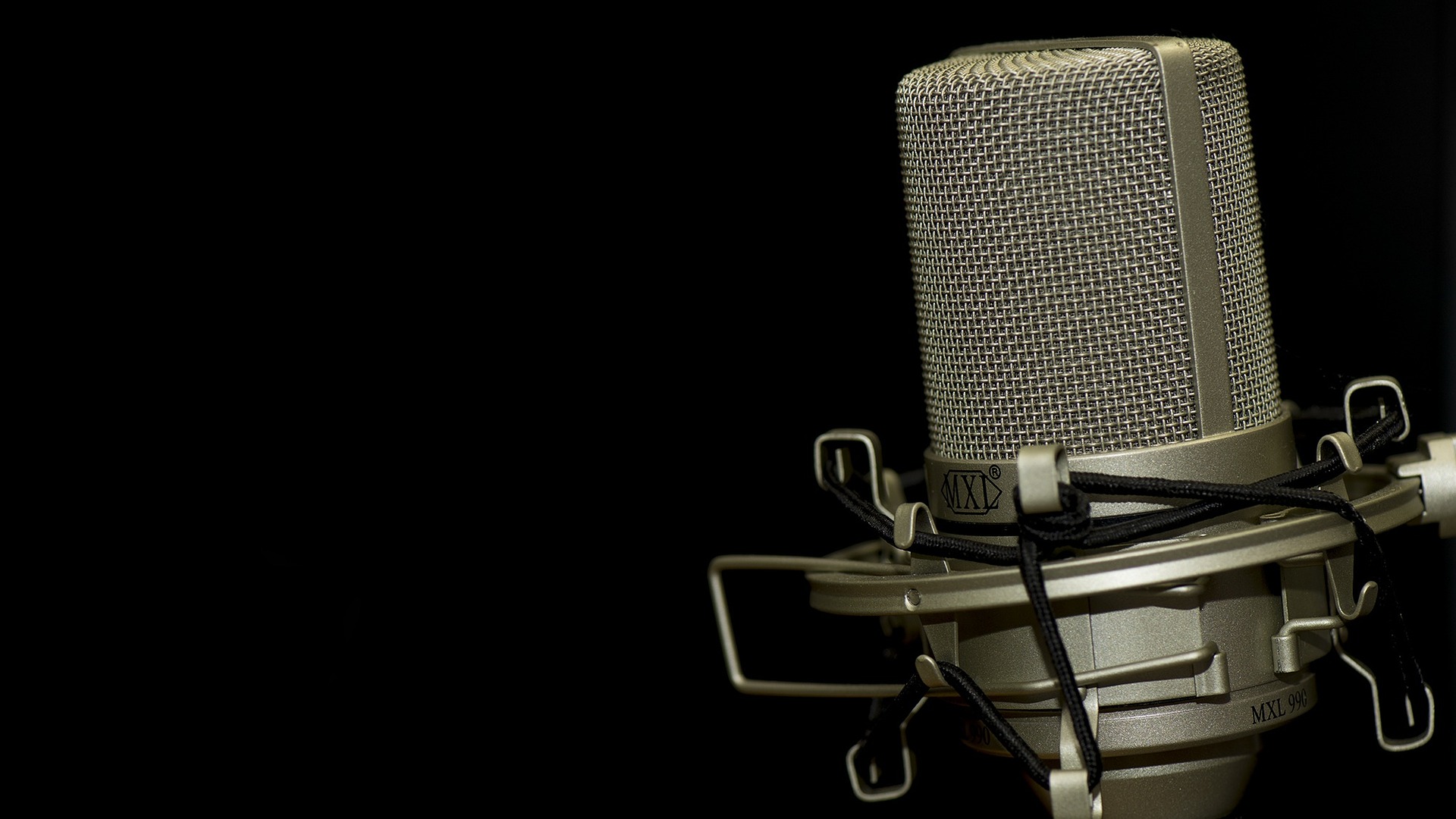 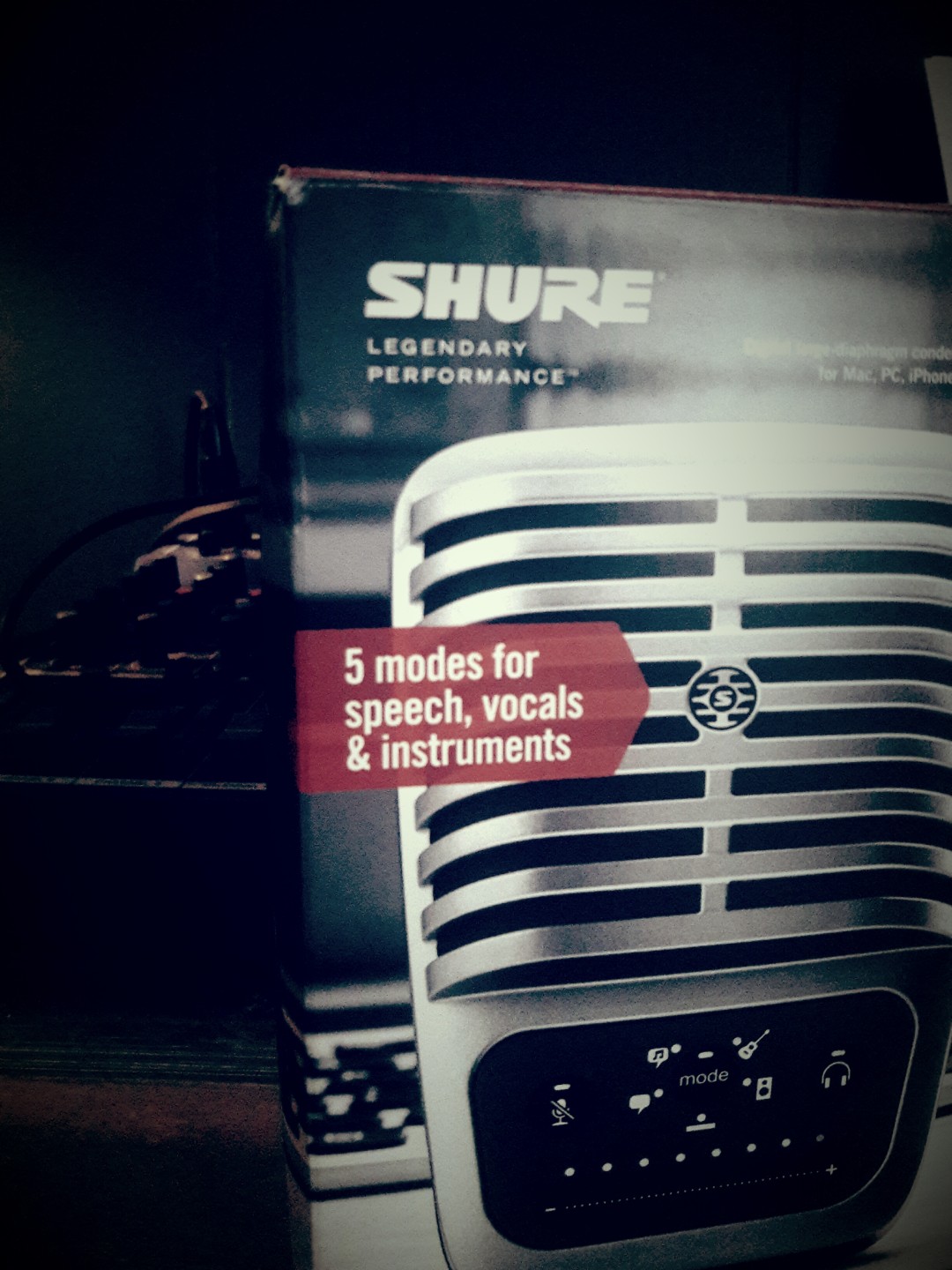 One of the most common questions I get from visitors and people interested in a career in Voiceovers is:  “What kind of microphone do I need?”

Before USB microphones were a thing – this question wasn’t simple and there wasn’t a simple answer.   Now – you add USB microphones into the mix and the answer becomes even more complicated.  However, I can offer up my experience.

I have a friend with a USB microphone hooked up to a laptop in her closet – and she books more professional voiceover gigs than my other friend that has a $10,000+ studio built in his garage – complete with sound proof tiles, extra insulation etc etc.

I myself have 3 different setups that I use now.  I have a studio with 2 traditional condenser mic’s- complete with phantom power supply hooked up via XLR to a mixer board and then cables from that into my soundcard on my computer.   That is what I have used for years doing voiceovers.  It has worked wonderfully.  However – the issue with it is that as it ages – it get’s more difficult to troubleshoot since there are a lot more connections/moving parts to the setup.

So, a few months ago I decided to try out a USB microphone.  I did some research online and decided on the new(er) SHURE MV51 USB condenser microphone. 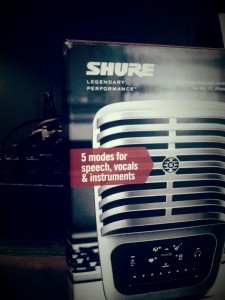 Skeptical about how it would compare to my already professional setup.  I plugged it in and began playing with the settings.  I recorded several different demo scripts and played with some post-recording processes in Adobe Audition to see how I could make it sound.  I was pleasantly surprised.

About that time – I had a lengthy order come in for a voiceover for an online training course.  Roughly 4 hours of voiceover.  I decided I’d give it a shot using the USB microphone.

I recorded it – sent it off and success – Client was thrilled!

Since then – I have been using the SHURE USB microphone for 95% of my work.  It has proved to be more than worth the roughly $200.00 that I spent on it.  There are still some recordings where I will opt to use my other setup – I’ll explain why below.  But it’s proved good for most of my recordings and would actually probably work for all of them.

In fact, I made the money back and then some in one day after buying it – by recording a voiceover I would NOT have gotten had I not had this USB microphone.

I was traveling one weekend when an order came in for a Chevrolet Trailblazer advertisement that HAD to be recorded that day.  If I couldn’t record it that day – they would use somebody else.  Well – I had my laptop and I brought along my USB Shure microphone.  There in a roadside hotel I opened my laptop, plugged in my USB Shure microphone – set up the small portable stand it comes with – and set it in the middle of my suitcase still full of clothes.   I quickly downloaded Audacity on my laptop and recorded the script.  I did a very brief edit job in Audacity and sent it out to the client.  They loved it.  In fact, they couldn’t believe when I told them where I recorded it.  It earned me great props from the client who was very happy that I could record it for them – on a weekend – on short notice.  And – it got me paid in a magnificent way.  Money I would have lost had I not had the Shure USB mic.

So if you’re considering a USB microphone – consider this:

Good sound quality for 99% of recordings

At times, I feel it lacks some of the subtle clarity’s that my other microphones pick up.  However, if you are good with Adobe Audition or other post-recording audio editors – then you can generally make up for those losses.  Otherwise – you might want a more traditional setup for that other 1% of recordings.  Certainly not necessary unless you plan on doing some major Hollywood and National spots in the near future.  In these cases – you could probably book some time in a studio or they may have you come to their studio anyway.

The shape – doesn’t work with my traditional mic sleeve/pop filters that I have which required me to get a different pop filter setup.  Not a big deal – but just be aware of it.